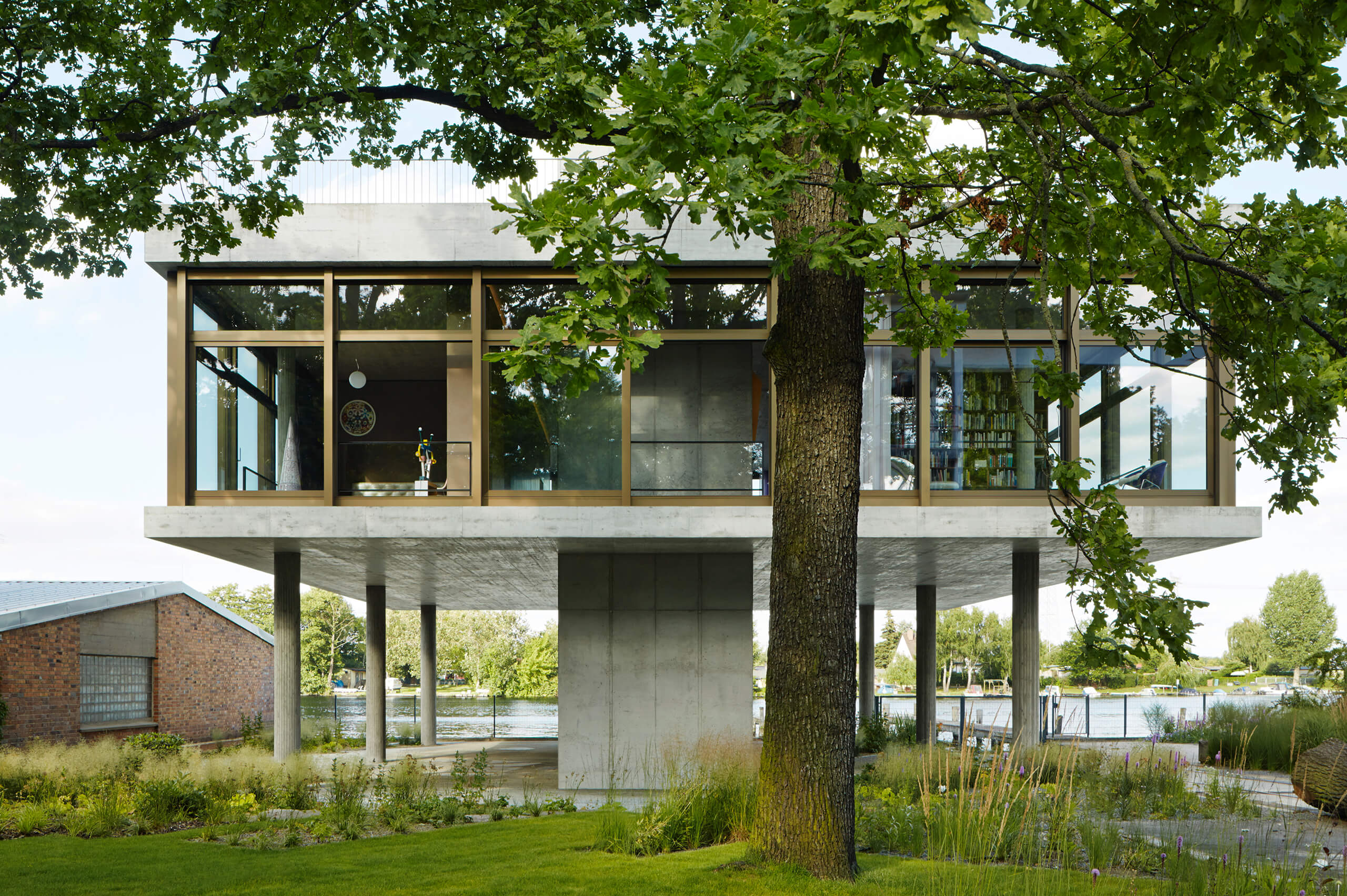 HOUSE ON THE SPREE

New construction of a residential building on the former grounds of the GDR water police. The site in the south of Berlin was found as fallow land with mainly dilapidated buildings. Fascinated by the morbid presence of the abandoned industrial site, it was decided to underline its condition through an architectural and artistic re-appropriation. 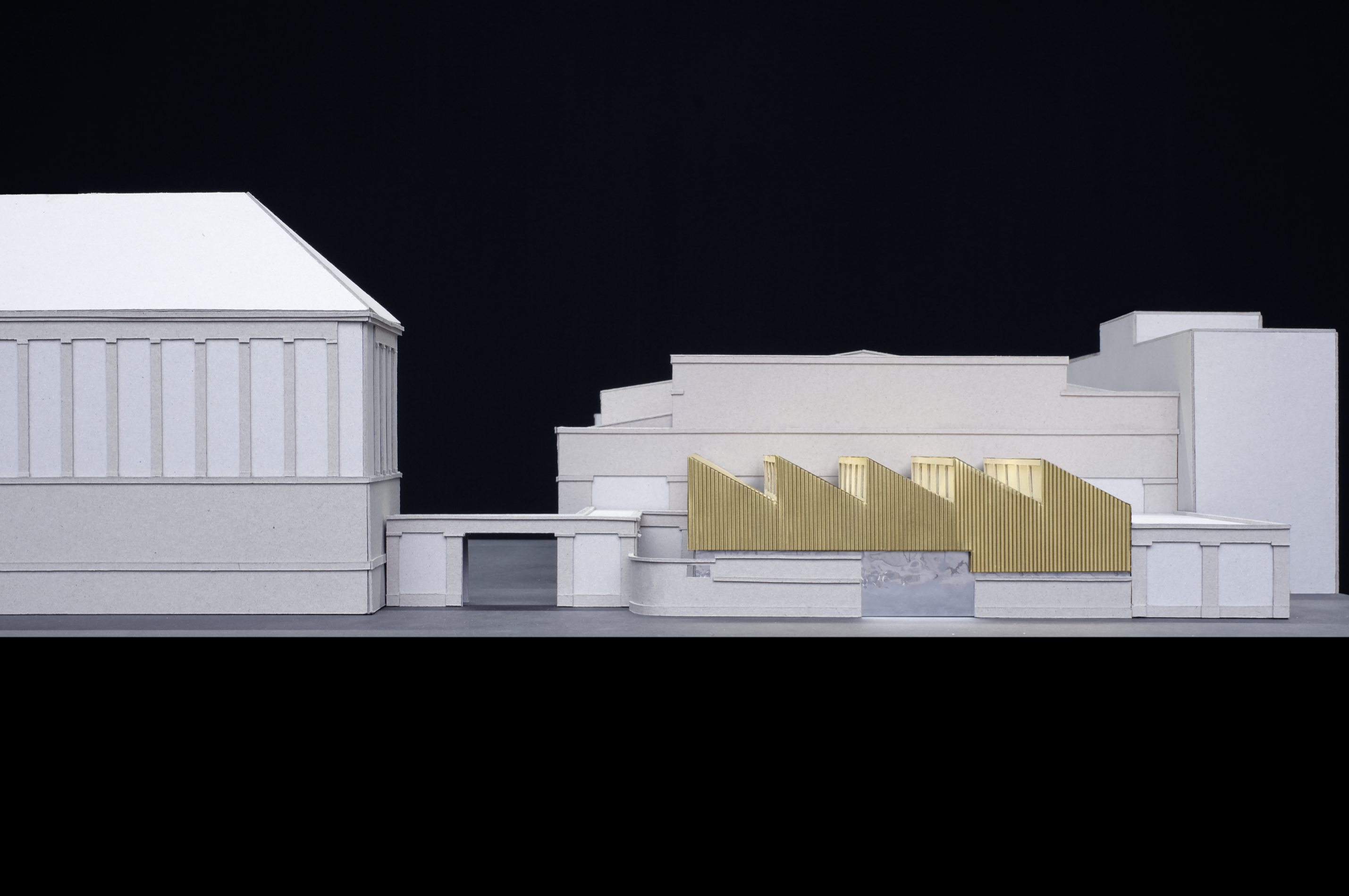 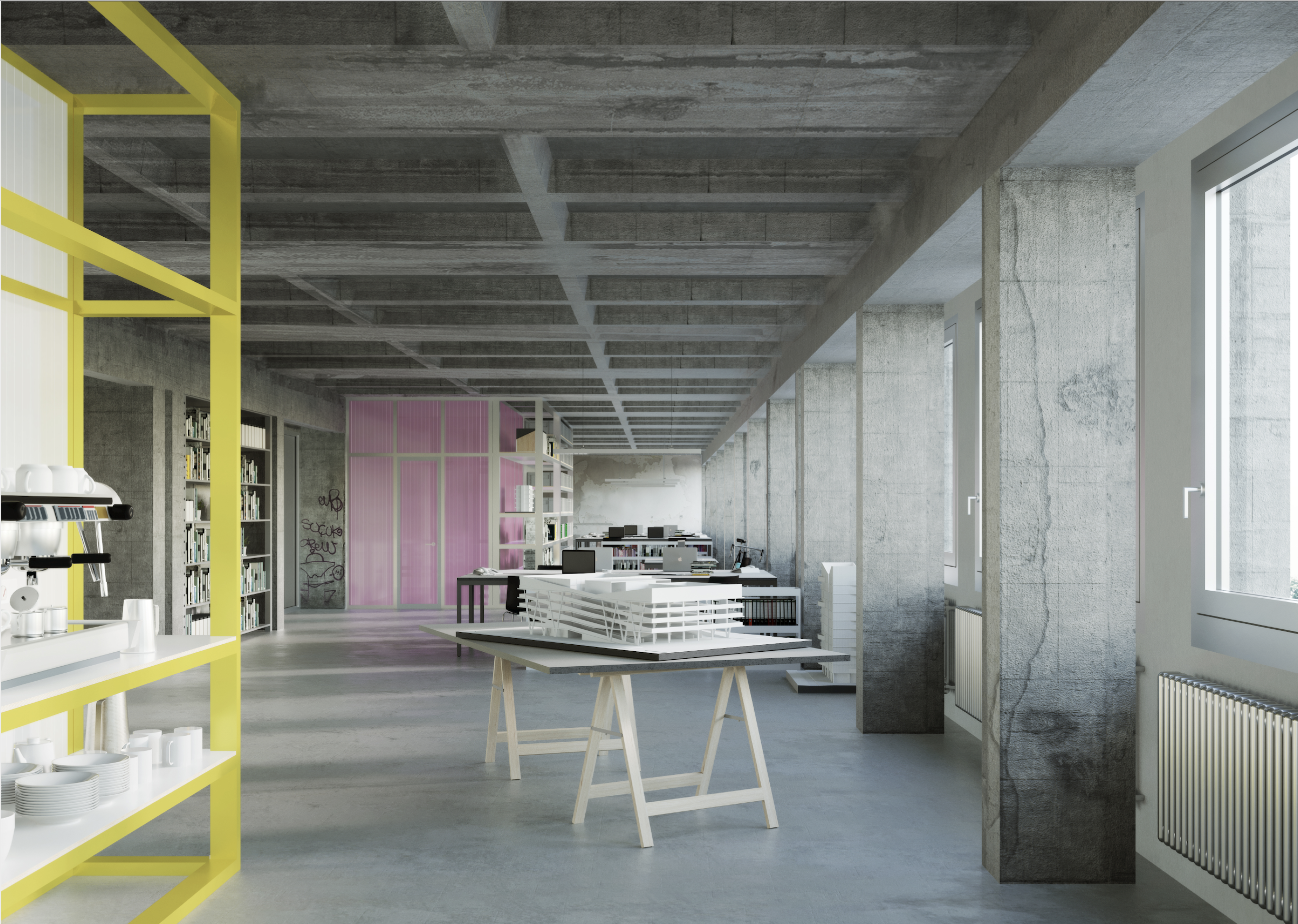 New utilization for former radio station. The former youth radio station with its broadcaster DT64 was an essential element of youth culture in the GDR. The concrete building with its modular design and characteristic central access cores made of glass blocks is located in the immediate vicinity of the Funkhaus Berlin, which is now known as a venue for concerts and events. 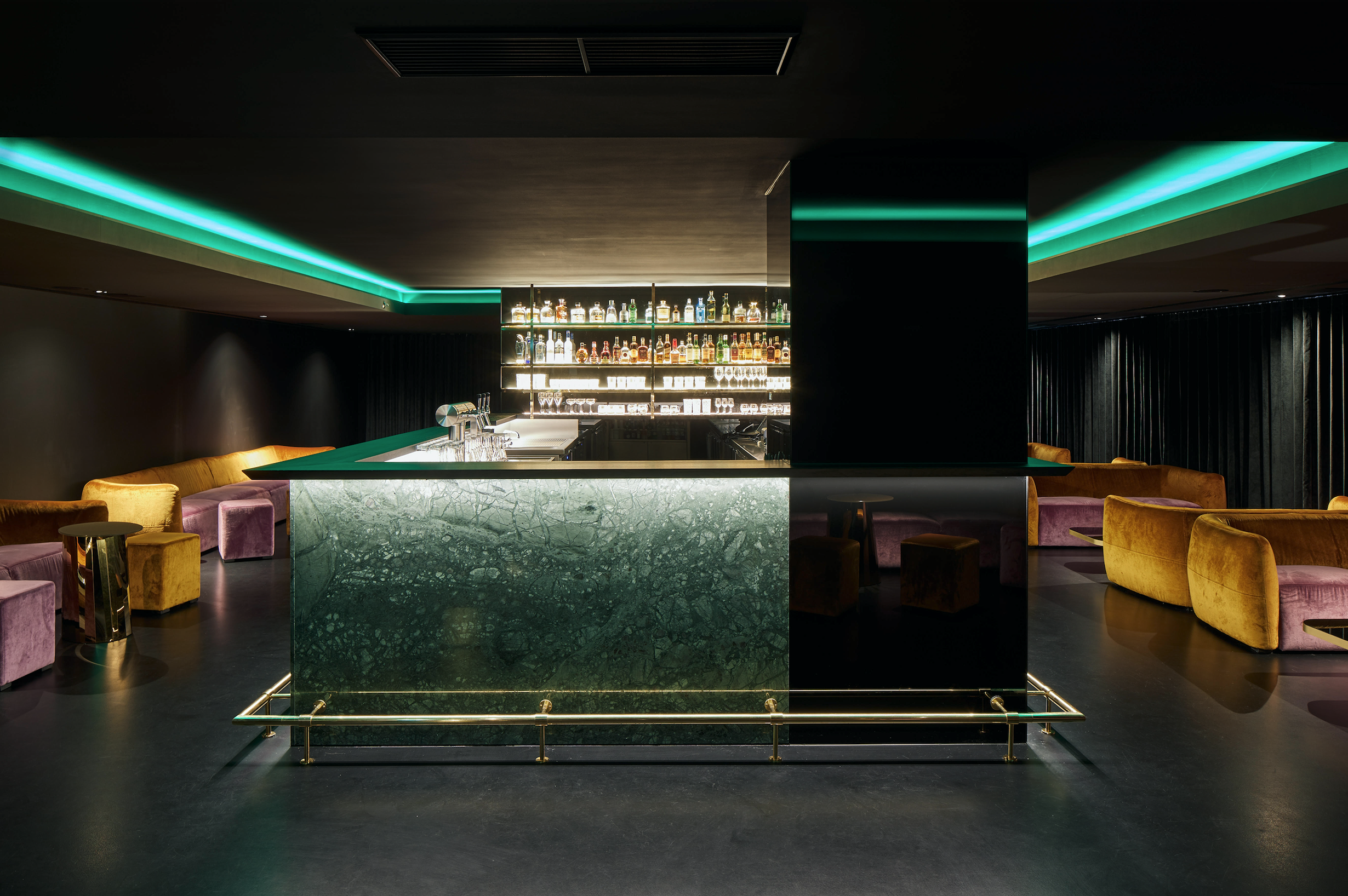 Structural and material remodeling of a hotel bar. The New York Bar shows the remodeling of the former bar of the Estrel Hotel in Berlin Neukölln. The new bar is stretched between a column and the ventilation shaft and combines all the previously dividing elements to form a large bar, which is now arranged centrally in the room as the most important element. 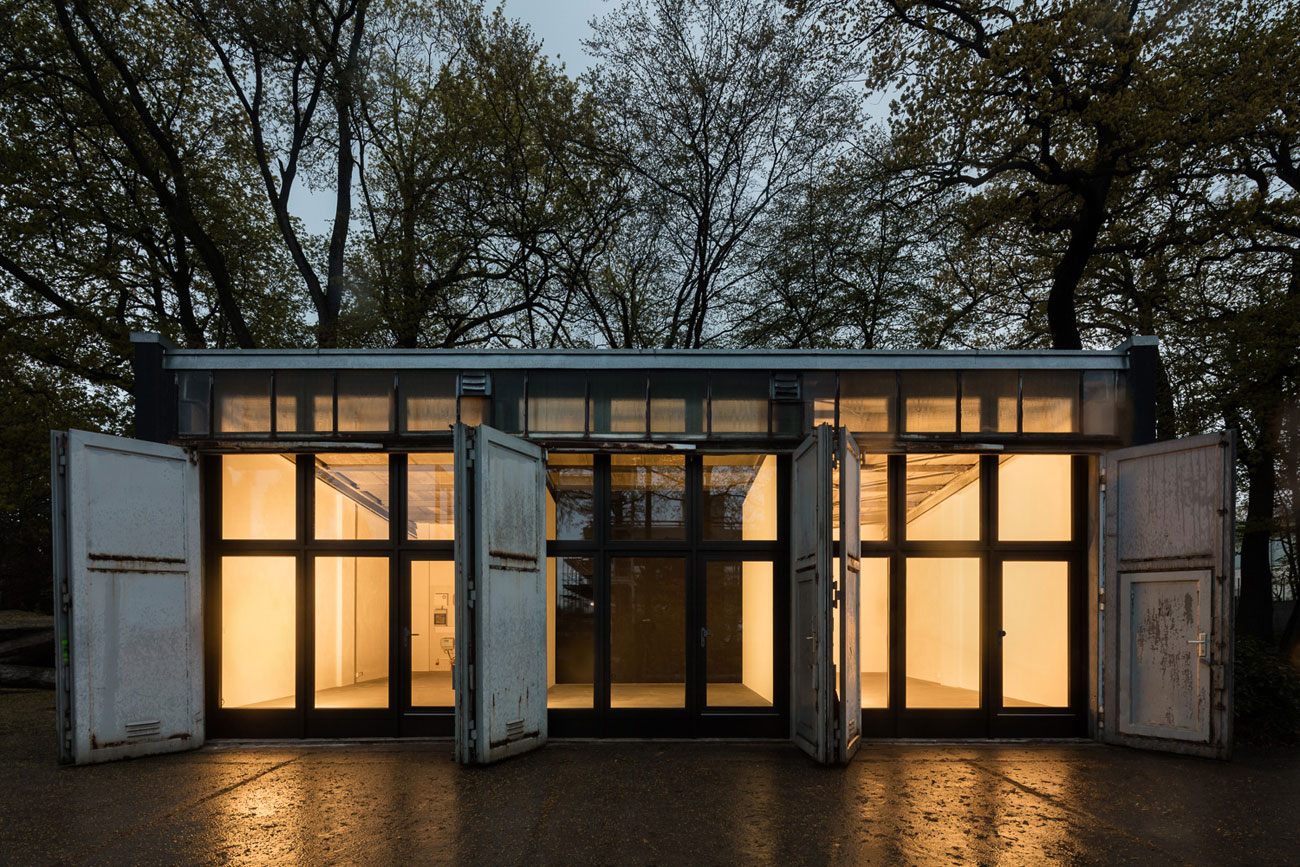 Transformation of a three-part garage building through targeted interventions that remain imperceptible in the closed state. A new, internal thermal shell as well as the installation of building services enables a new, open-use constellation. 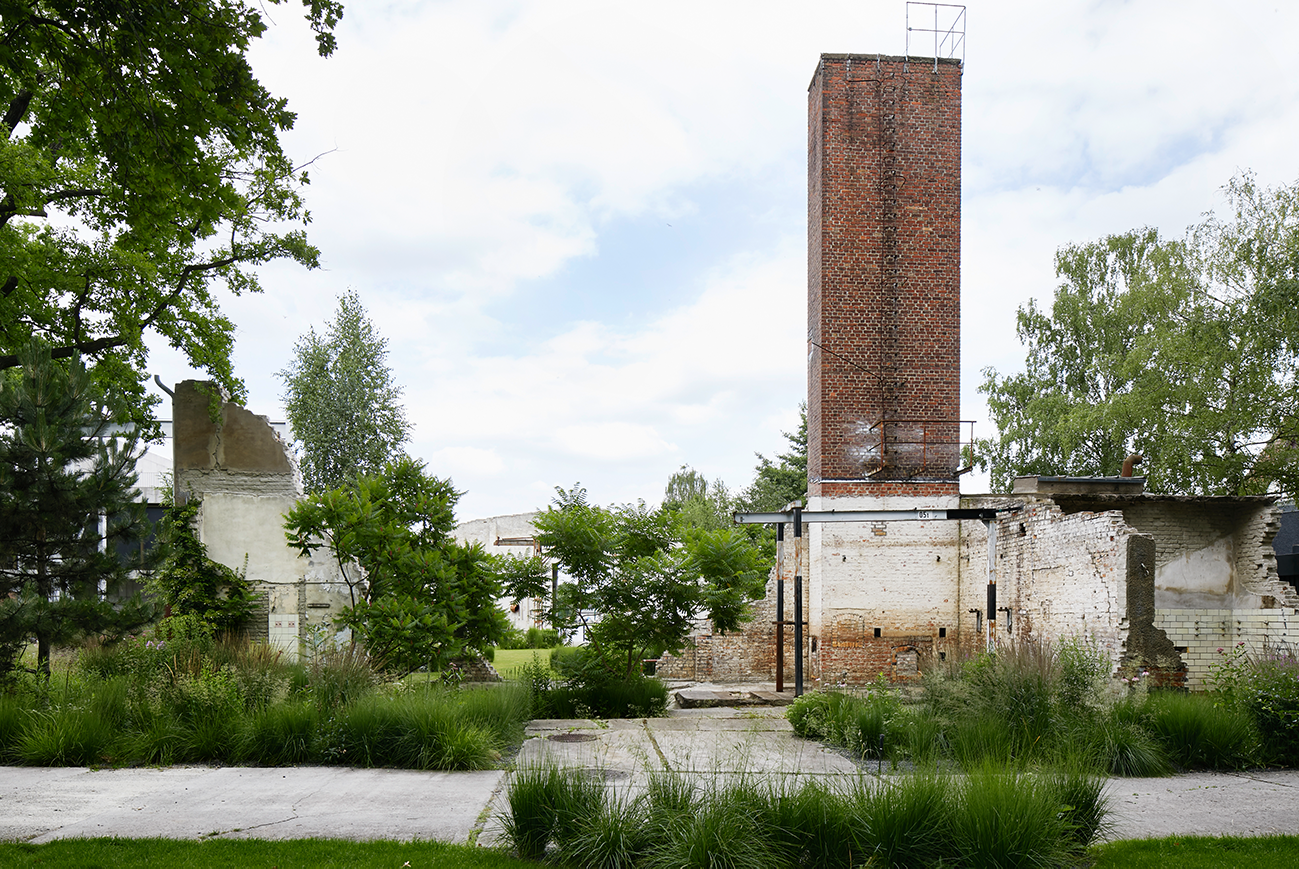 Transformtaion of a former shipyard building. The conversion of the dilapidated main building of the former shipyard into a real ruin underlines the romantic atmosphere of the disused industrial site by an architectural and artistic re-appropriation. 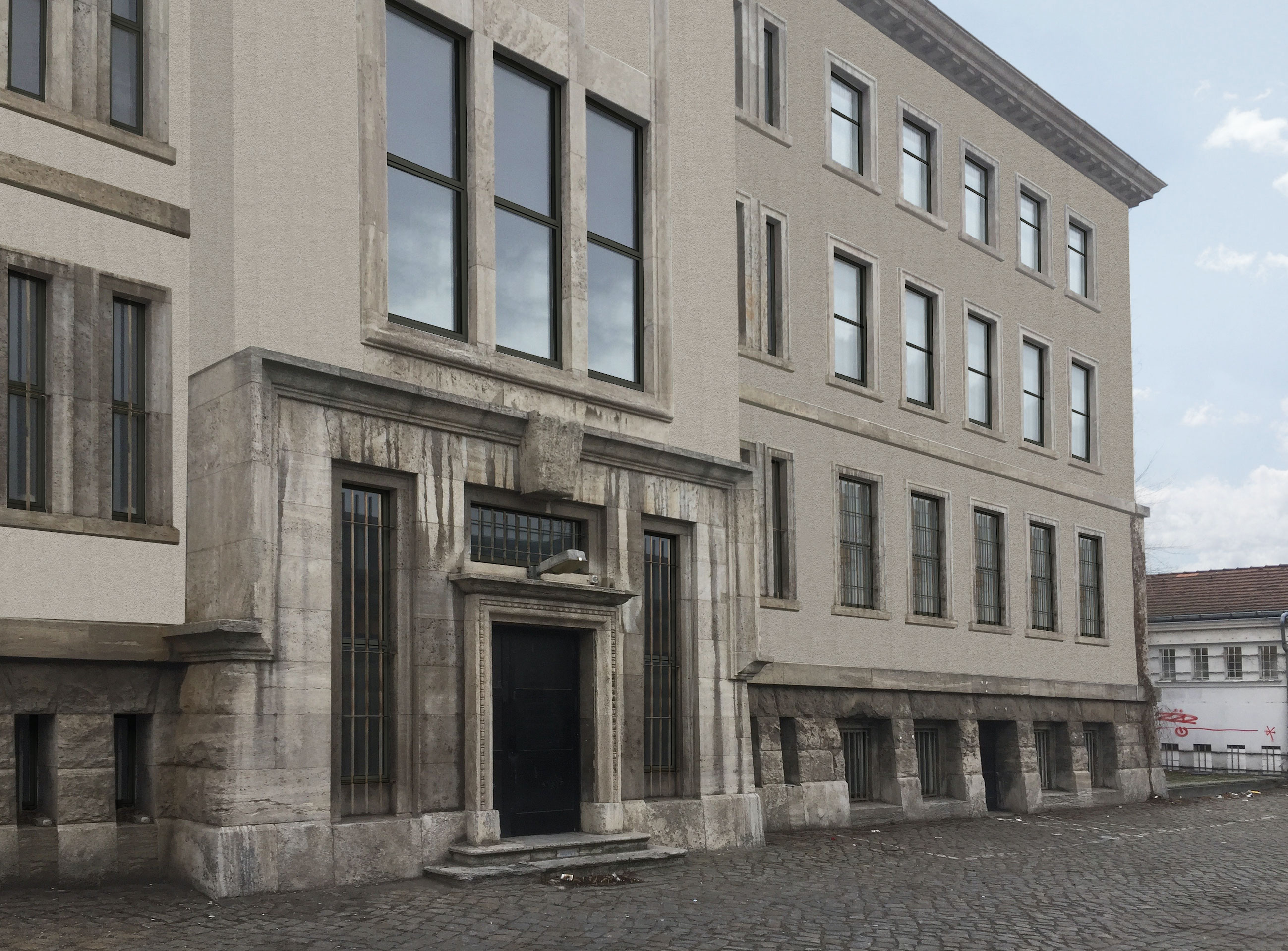 Conversion of the former listed Rheinstahl administrative building into an exhibiton house for contemporary art. Compared to the representative staircase, the comparatively small office space is connected by an enfilade along the window front. 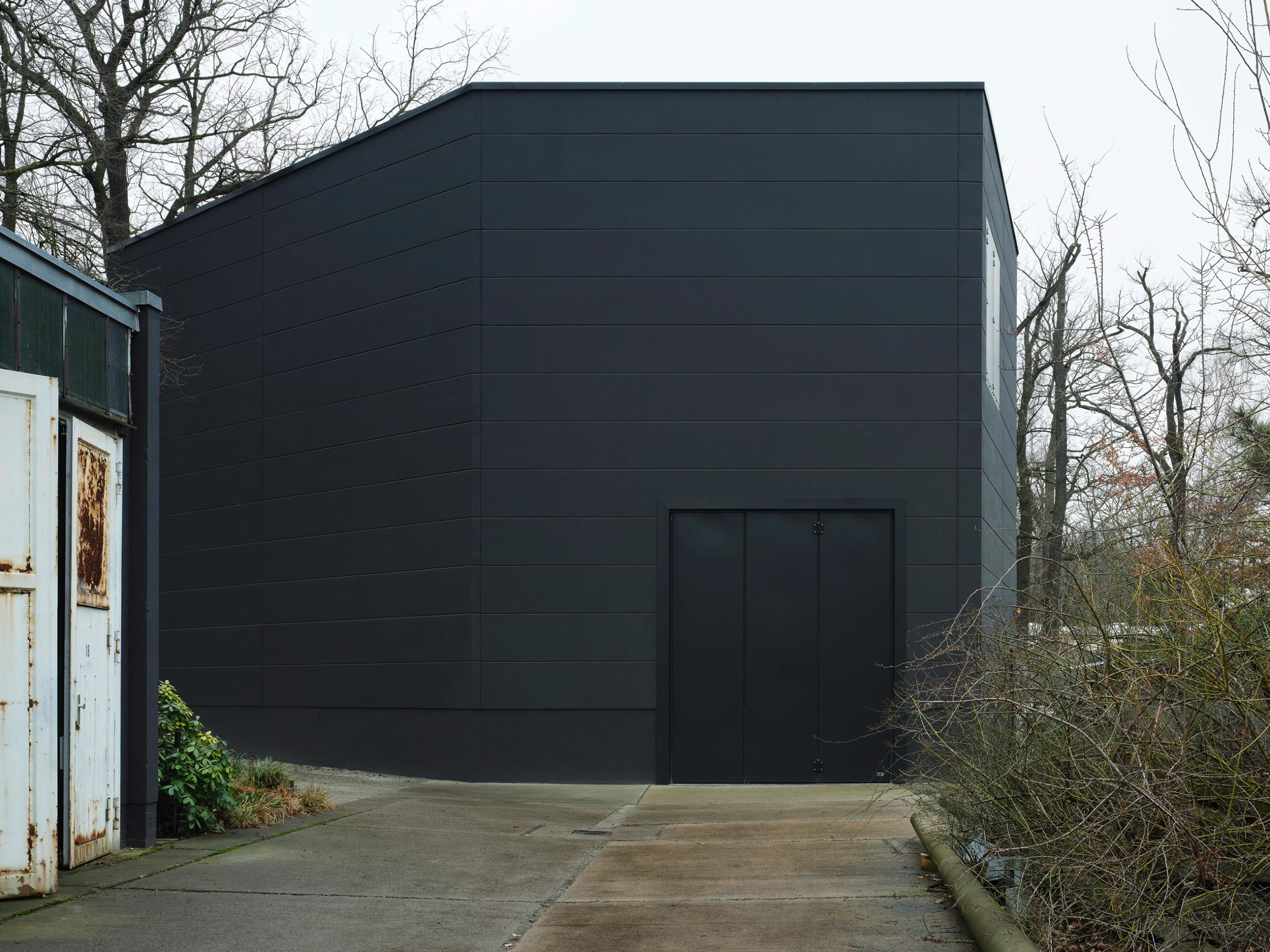 Construction of a new compound for the storage of artworks and sensitive materials. The monolithic structure is primarily orientated to the shape of the plot. Despite a height of 11 meters, it seems discreet due to its black color. 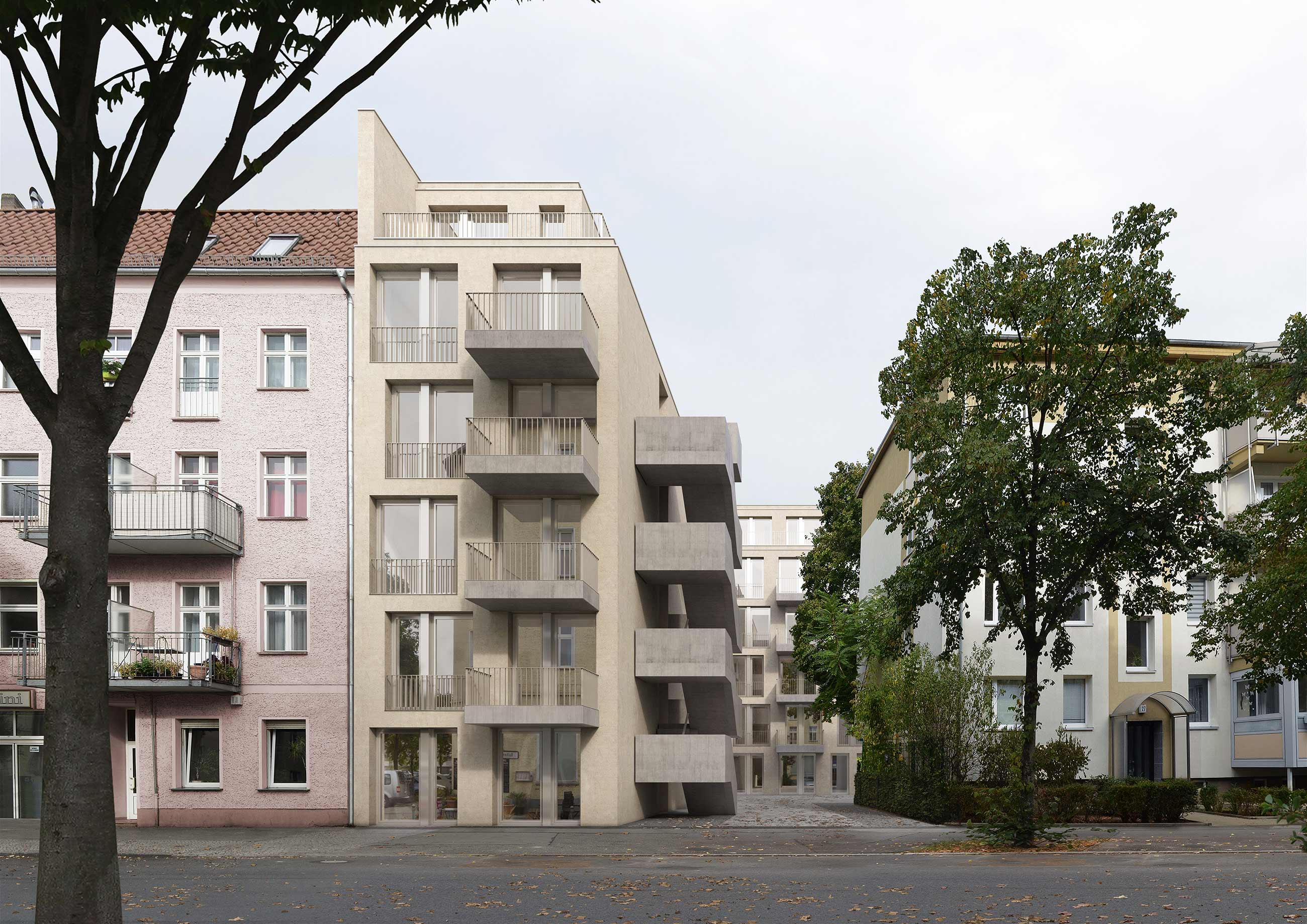 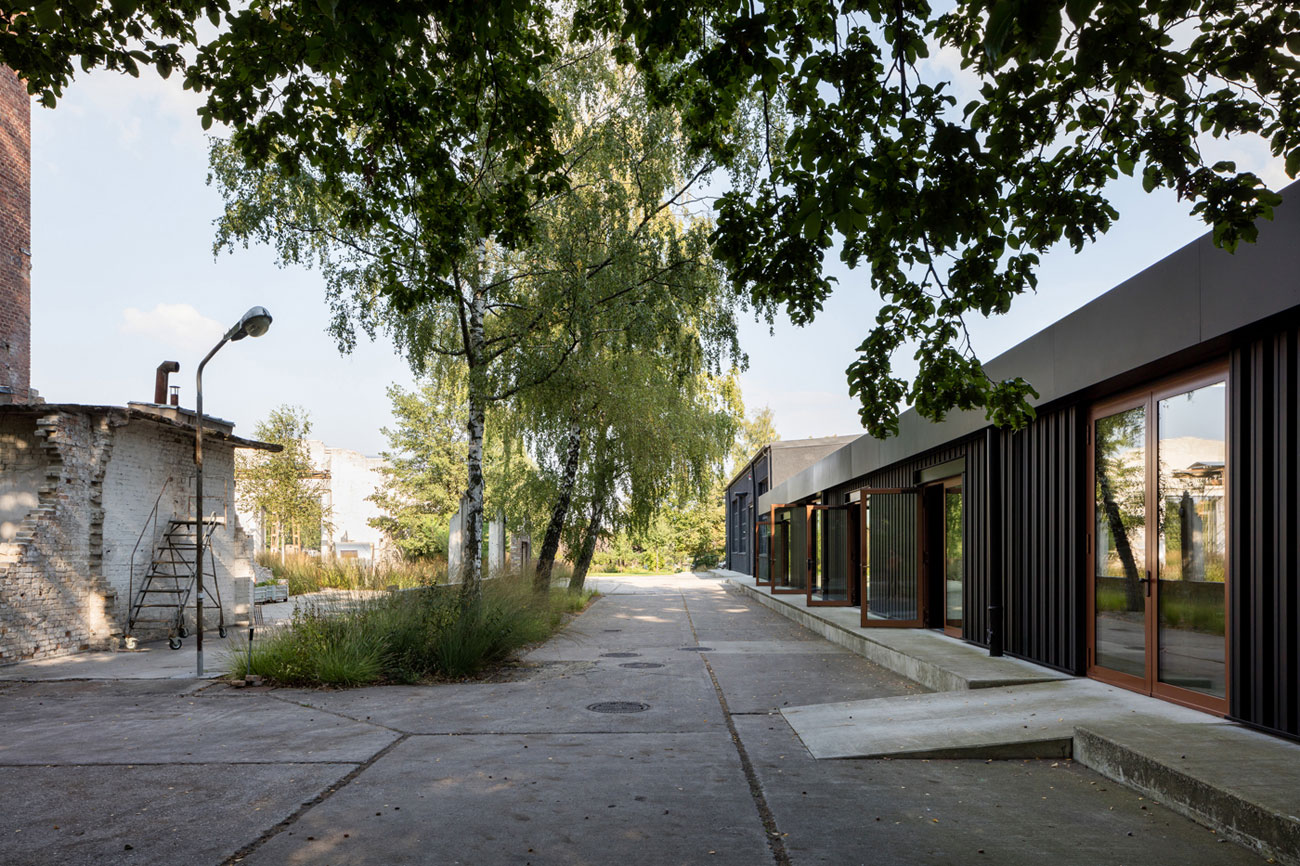 Transformation of the adjacent buildings of a former dockyard site into office and studio rooms while preserving the industrial character. The restructuring of the façade of the lower building relates to the existing spatial structure. Large glass doors on the north façade and large skylights illuminate the rooms evenly. 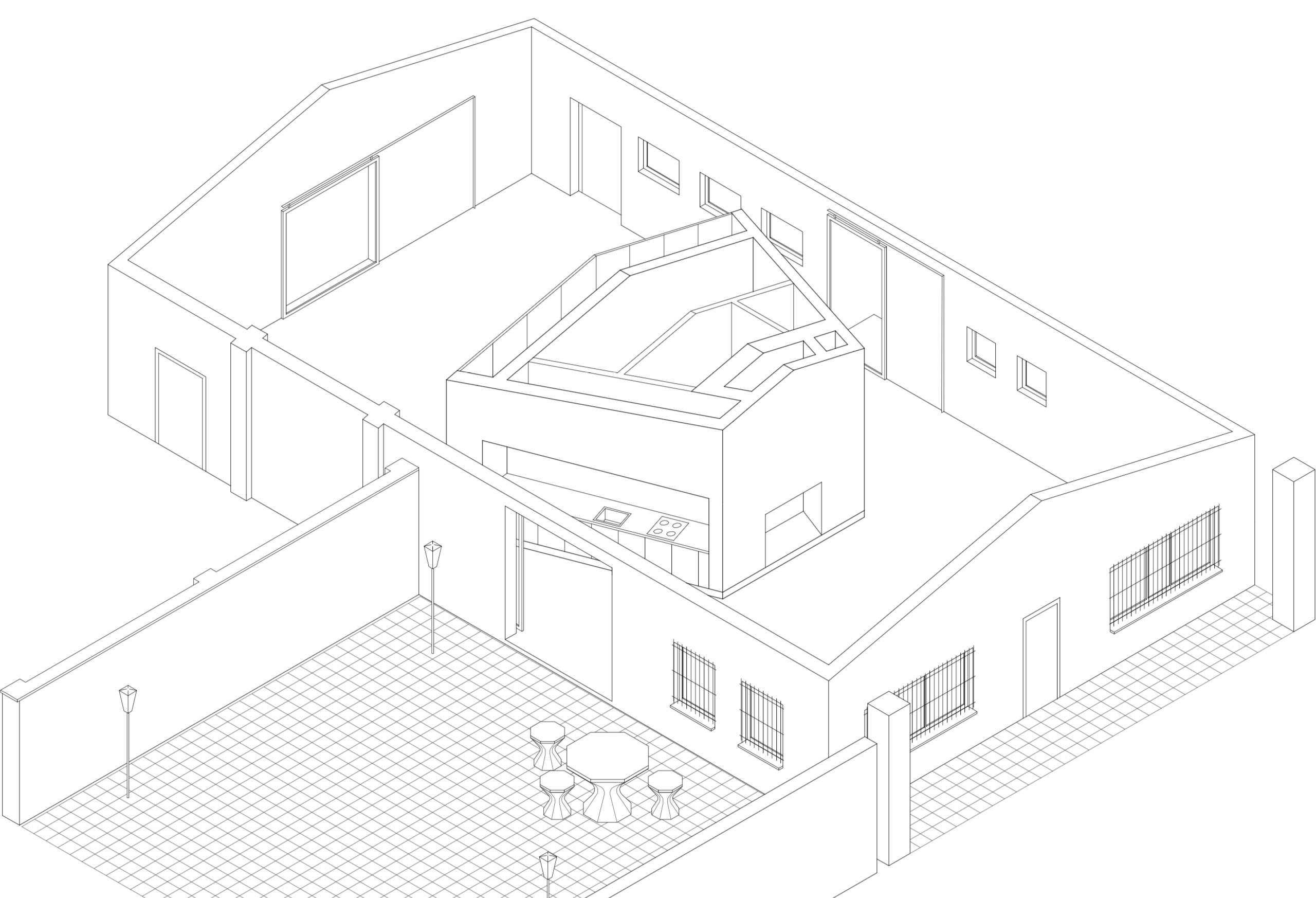 Conversion of the management building of a holiday complex from the 1970s into a holiday home. The conversion will result in the clear and simple form of the building, visible from the outside, to also be mirrored in the interior. 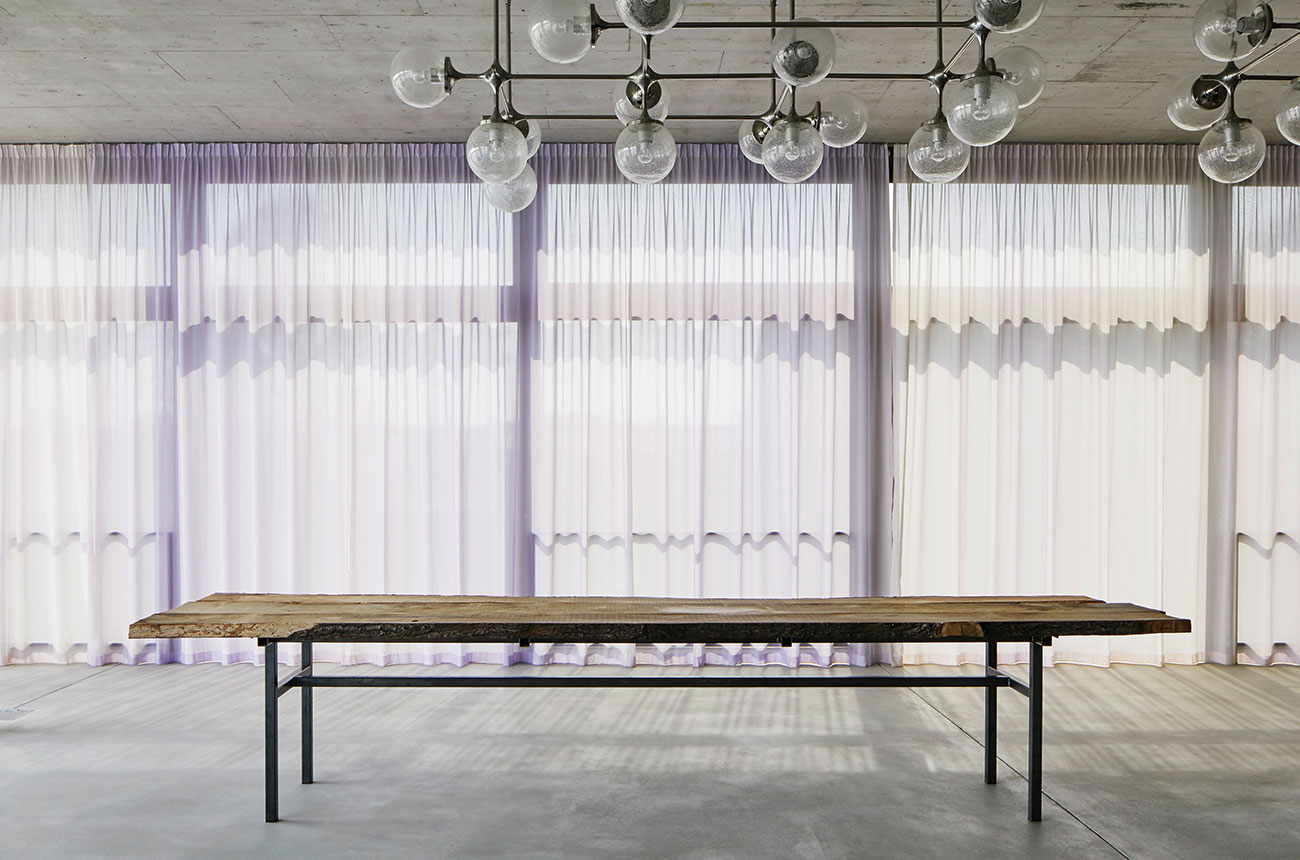 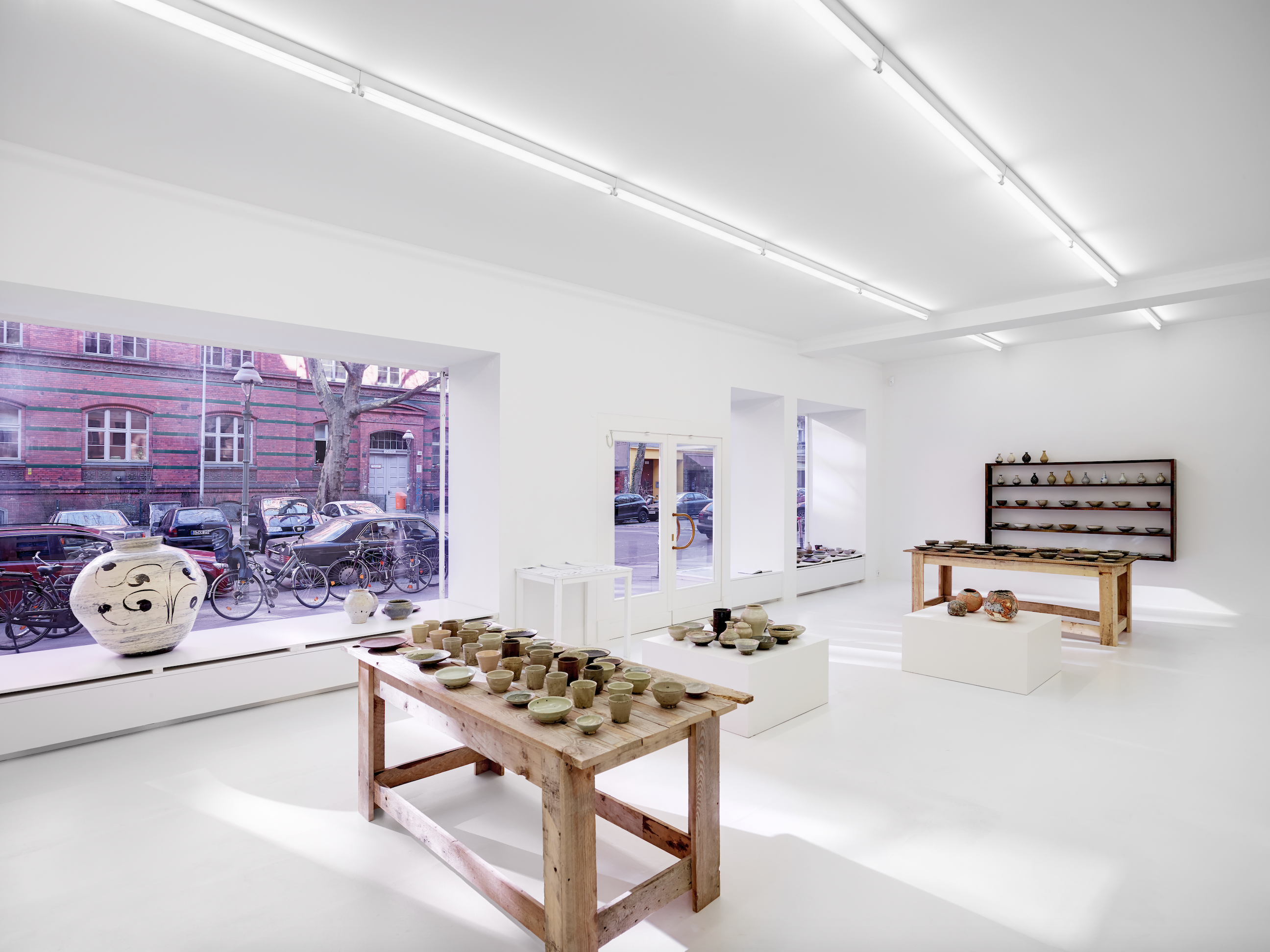 Conversion of a former shop into gallery space of the artist Takashi Murakami. By fading out any colour in the main gallery space, the exhibition objects are given a special appreciation.